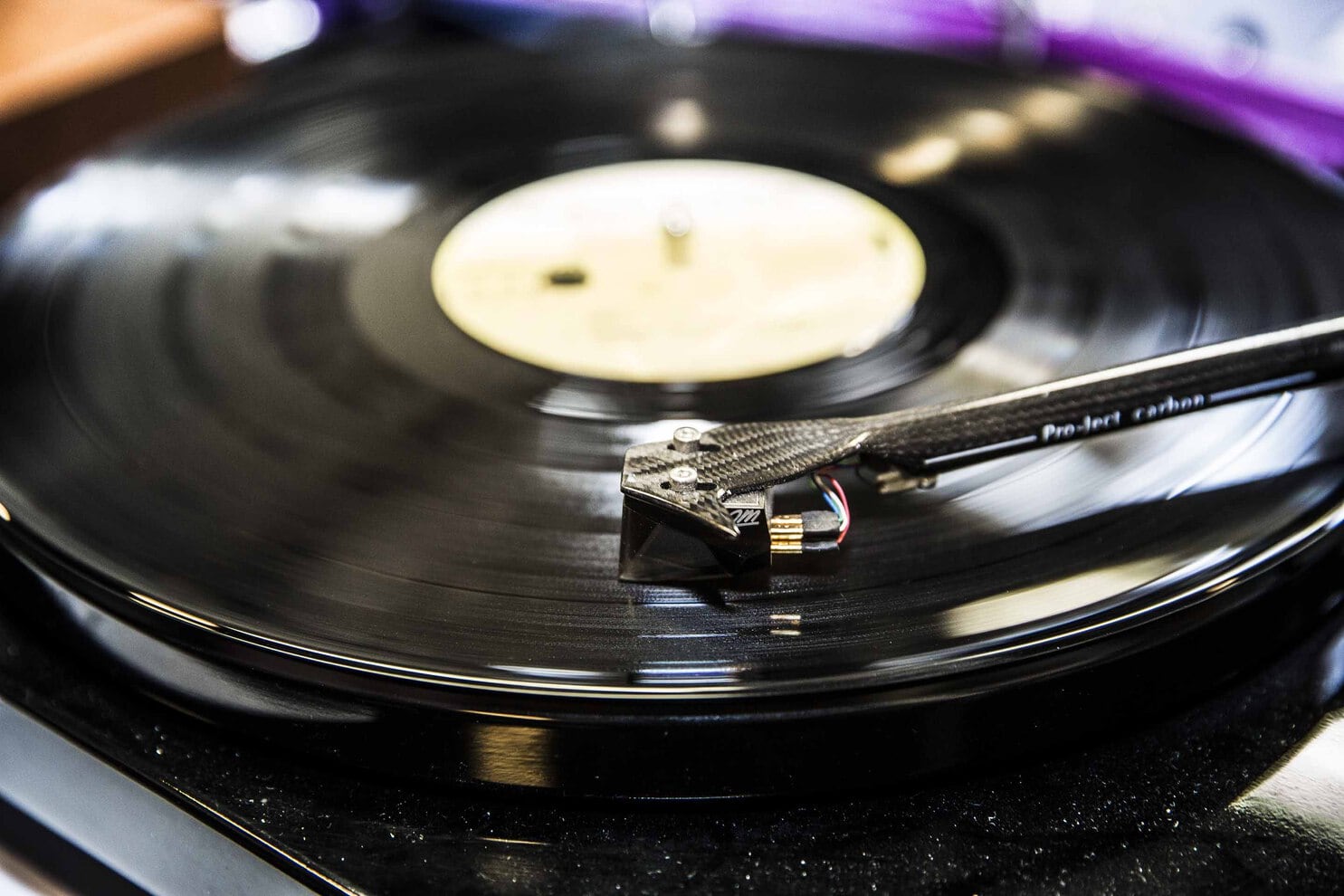 On Facebook, there are groups of vinyl fans that talk about the war between digital and analog audio. They are examples of how misinformation can turn into truths, no one dares to stand up against.

I love vinyl. I have two turntables and I arrange vinyl fairs, which means a lot to me.

But listen: there is no war between analog and digital.

Digital won a long time ago and changed our world.

Wait, says vinyl enthusiasts…. music experiences are not the same as online banking.

I just want to know if you own a DVD-player, a Blu-ray or maybe you are streaming Netflix on the TV at home. Do you?

Do you ever sit back and enjoy these forms of digital media?

Because then I want to know what you think about the experience?

What exactly happened to the picture when the analog VHS was replaced with DVD?

Did the same thing happen when you decided to go for analog audio, instead of digital?

Let me guess. You think digitalization is a fantastic step forward. The picture is clearer and the sound cleaner.

Can't we then also agree that another (but really good) reason for preferring vinyl is that a staggering 500 million songs have been released on LP, while only 180 million are available on streaming?

Exciting music for small audiences rarely appears on a streaming service. By the way, it is not as nice to meet over an app on the phone than meeting over a box of vinyls.

Because vinyl, it's not about the sound. After all, if it was, people would compare the sound differences from different turntables, cartridges and tone arms before deciding what to buy.

But they don't, do they? People buy turntables as standard solutions. Packages, all adjusted from the factory, in order to call themselves vinyl freaks.

But buying a ready-made turntable is not particularly freaky, I think.

It is against the whole nature of the media, to deal uncritically with what you buy. There is an audible difference depending on how you put your turntable together. A big difference.

Just for fun, I created a poll in one of these vinyl groups.

I asked: How many have heard the difference between streaming and vinyl with their own ears?

I repeat: 25% heard the difference before deciding which technology to choose. Put another way: People are more than willing to join any trend as long as they can talk about the war between almost anything.

Nobody asks: What the hell are we doing in our bubble?

Sound expert and reviewer from the test magazine L&B, John Alex Hvidlykke, says: “Even with a good turntable, you can't compare vinyl and digital at all, as it is almost never the same master they are made from. Since you can’t make an LP with the frequency range and dynamics that’s possible on digital media, a new master is made prior to the vinyl cutting. So, to compare "identical" recordings is to compare apples to bananas.

Attempting to increase the dynamics of vinyl records means that bad record players are unable to play the records, as some enthusiasts have discovered.

A vinyl record sounds different in the outer grooves compared to the inner grooves. It simply sounds worse, the closer you get to the middle. That's because of the technology. That is why you often place the quiet songs in the end, to make the poor sound quality less audible.

The order of the songs is therefore not an expression of the artist's work, but a matter of the limitation of technology.

Let’s do this instead

Visit the HiFi stores and hear the products yourself. Step out of the digital media and into the analog world. Drag yourself into a physical store and experience the differences with your own ears. Don't naively believe in recommendations from the talking heads on Facebook. They have no idea what they are talking about.

There are huge differences between different products and you might lose money if you do not insist on comparing them.

People are confused about the advantages and disadvantages of different types of consumer electronics and many of us are easy victims of fake stories.

We add motives and ideals to the products that they never had. The vinyl record is not a noble or a more musical format just because it is made before the internet and the hole in the ozone layer.

Vinyl, on the other hand, is a source of incredible amounts of music. Much more music than streaming. It's nice to put on a record, and there are great communities around vinyl that we can’ t find in streaming.

But digital sounds far, far better when we talk about services like Tidal and Deezer.

One of the challenges is that there is no way to label sound quality. There is nothing to comply with as a consumer, and therefore there is free access to all kinds of stories, such as the vinyl record's alleged amazing sound.

We need to be critical of who we listen to and not just believe anything we hear on the web.

Author
Ole Witthøft
Ole is the founder of System Audio. His 3 greatest passions are music, design and technology. Every day, Ole is working on some kind of projects, and you find him in the workshop, in the production, behind a computer or on one of his many presentations around the world.

System Audio A/S
Klosterengen 137 L
4000 Roskilde. Denmark
CVR no. 13862788
Email:
support@system-audio.com
Write on facebook if you have a question about SA
facebook
We are here to help.

You need room correction if you want the best sound
Upgrade your sound with room correction
Top
We use cookies to ensure that we give you the best experience on our website. If you continue to use this site we will assume that you are happy with it. OkRead more